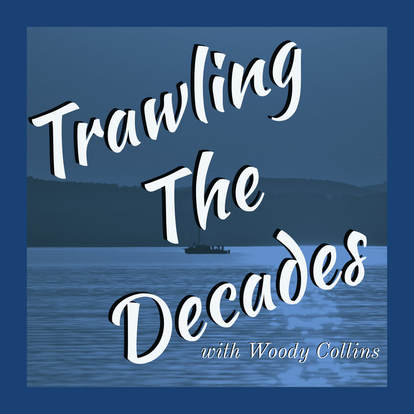 ​While no musical genre is off limits at Trawling the Decades, the main meal on the weekly menu, served up over a span of six decades, is a gumbo of rock, blues, soul, funk, grunge, ska, punk, southern rock, post-punk, new wave, brit pop, indie, alternative and metal.

Six segments, each with its own textures and colors, comprise the individual courses. Sometimes they’re a journey back to a happier time. Sometimes a sonic painting where all the colors seem to fall effortlessly into place. Sometimes a trip to an abandoned amusement park, both reassuringly familiar and frighteningly strange.

Woody Collins, rabid music fan, compulsive music collector and live music junkie, arrived behind the mic at WCWP three years ago with a simple proposition—that a two-hour radio program could be built around a single theme. And Trawling the Decades born.

Woody grew up in Brooklyn but has lived on Long Island since his mid-twenties. He was raised on New York AM radio of the early sixties, lived through the birth of FM rock radio with WOR-FM and WNEW-FM, witnessed the short-lived insanity of free form rock radio at early WPLJ, and went on to embrace eagerly all things post-punk and new wave as a devoted fan of WLIR.